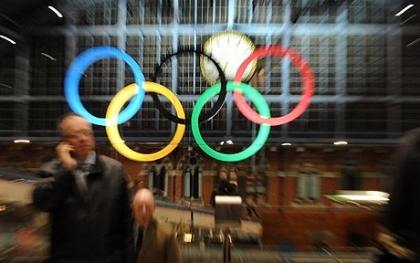 Qatar, future host of the 2022 FIFA World Cup and past playground of several Arab and Asian games, is reaching for the moon as it eyes the 2020 Olympics despite seemingly insurmountable climate challenges.

The International Olympic Committee (IOC) has already sent a positive signal to Doha by extending the period during which the games traditionally take place.

For super-rich Qatar, the Olympics would take place in September and October instead of in between July 15 and August 31, when temperatures in the Gulf nation reach more than 50 degrees Celsius (122 Fahrenheit).

The decision is rich in political symbols.

It shows the IOC is no longer giving preferential treatment to countries in the northern hemisphere that bask in temperate climates.

Qatar has followed the flow and plans to stage the 2020 showpiece games between September 20 and October 20.

The Gulf nation has already shown it is capable of hosting major games.

In 2006 the Asian Games involving more than 8,600 athletes from 45 countries were staged in Qatar, where 30 international events are also held each year.

In Qatar, potential Olympic venues can be easily identified.

The capital, Doha, has the impressive Aspire Zone, a true high-tech Olympic complex with several sporting areas modeled on the ones in Munich and Beijing, in addition to the World Cup stadiums that are being built.

There is also an infinite number of desert locations, and many facilities can be built as long as the funds are made available -- in energy-rich Qatar, money is not an issue.

Qatar has already said that the 2022 World Cup will be played in specially-created, air-conditioned stadiums.

"Everything is possible here. We can examine, rebuild or reprogram anything in a few months," said an official.

Following the success of the Asian Games, Doha kicked off an official bid to host the 2016 Summer Olympics in October 2007, but it was eliminated from consideration in June 2008.

Doha learnt a lesson from its failure to clinch the 2016 summer Olympics that went to Brazil and Rio de Janeiro. It was a slap in the face because Qatar's candidature was not even in the running.

Although it is a very warm and small country -- a bit larger than Corsica, with 1.7 million inhabitants -- Qatar holds a key point in its favor.

It is one of the rare countries in the world not to be facing any financial crisis -- a key element for the IOC and FIFA, who must step in to fill the void should games organizers default.

Doha, too, wants "to leave behind a legacy, not just for Qatar but for the entire Middle East, a region which is home to 450 million people under the age of 30," he added.

Qatar, meanwhile, keeps its fingers crossed and officials say 'Inshallah' (God willing) their country will host the Olympics one day.

An expert on IOC issues agrees.