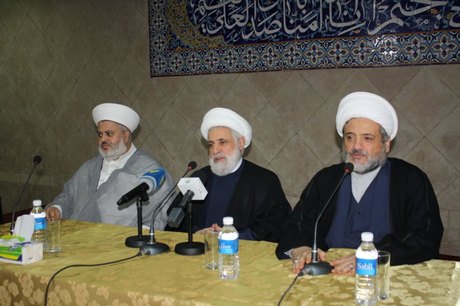 Hizbullah deputy chief Sheikh Naim Qassem announced Tuesday that the election of a president after two and a half years of vacuum is a “victory for Lebanon,” as he hailed President Michel Aoun's oath of office as “patriotic and pro-independence par excellence.”

“We consider that holding the presidential election is a victory for Lebanon in the face of the internal and external complications, and the oath of office that was declared by President General Michel Aoun was patriotic and pro-independence par excellence,” Qassem said during a meeting with the Muslim Scholars Gathering.

“It is suitable for devising political, security and social plans,” Qassem went on to say, referring to Aoun's oath of office.

Turning to the issue of the next government, Hizbullah number two said it should be a “national unity government” in which “all political parties would be represented.”

“This achieves real partnership, regularizes the work of institutions, and protects Lebanon from the Israeli and takfiri threats on the southern, eastern and northern borders,” Qassem noted.

He also called on the next government to contribute to devising “an electoral law that achieves correct representation.”

Aoun was elected president on Monday after around two and a half years of presidential void. His presidential chances were largely boosted by a key endorsement from al-Mustaqbal Movement leader ex-PM Saad Hariri in mid-October.

Binding parliamentary consultations for picking the new premier will be held on Wednesday and Thursday and Hariri is poised to be re-designated as premier.

Hizbullah has announced that it is “not opposed” to Hariri's return to the premiership but it is not clear whether or not its parliamentary bloc will nominate Hariri for the post.