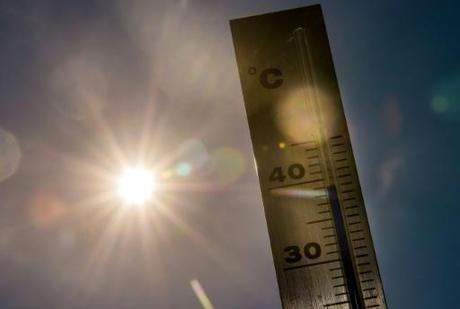 Here are some key climate measures from 2015 and 2016 which suggest why that may be difficult:

- +2.8C (5.0F) - Earth is on track for a third successive year of highest-ever average surface temperatures since records began in 1880.

Each of the first eight months of 2016 were the hottest ever registered (with September the second hottest). September was nearly 1C (1.8F) above the 20th century average for that month.

For the first time ever, the average temperature in 2015 was a full degree Celsius above the pre-industrial era benchmark used by the UN climate science panel and in UN talks.

In the Arctic, land surface temperature in 2015 matched the record years of 2007 and 2011, both of which were 2.8C higher than a century earlier, when records for the region began.

Methane levels, according to a new assessment, may be twice as high as previously thought.

For the first time, the concentration of CO2 -- by far the dominant greenhouse gas -- stayed above 400 parts per million (ppm) across 2015, as measured at the Mauna Loa Observatory on the island of Hawaii.

CO2 levels are going up by just over two parts per million -- about half a percent -- every year.

Most climate scientists agree that the CO2 concentrations must be capped at 450 ppm to have a fighting chance of preventing the global thermometer from rising by more than 2C above the pre-industrial benchmark.

The Greenland ice sheet lost close to two trillion tonnes of ice mass between 2003 and 2013.

The Arctic Ocean could be ice free in summer as early as 2030.

The pace of sea level rise is likely to pick up in coming decades as ice sheets and glaciers shed mass, threatening the homes and livelihoods of tens of millions of people in low-lying areas around the world.

On current trends, greenhouse gas emissions could cause the Antarctic ice sheet to retreat sufficiently by 2100 to lift global oceans by a metre, double previous estimates.

- Extreme events - Some scientists have calculated that the number of climate-related extreme events -- droughts, forest fires, floods, major storm surges -- have doubled since 1990.

Climate change boosted the intensity of typhoons battering China, Taiwan, Japan and the Korean Peninsula since 1980 by 12 to 15 percent, according to a recent study.

- 1,688 species affected -Of the 8,688 species of animals and plants listed as "threatened" on the International Union for the Conservation of Nature's (IUCN) Red List, 19 percent -- 1,688 species -- have been negatively affected by climate change.

The Great Barrier Reef off the east coast of Australia saw it's worst-ever episode of coral bleaching earlier this year.

A rise in temperature of more than 1.5C (2.7F) will trigger a destabilisation of ecosystems in the Mediterranean basin not seen in 10,000 years, according to a recent study.