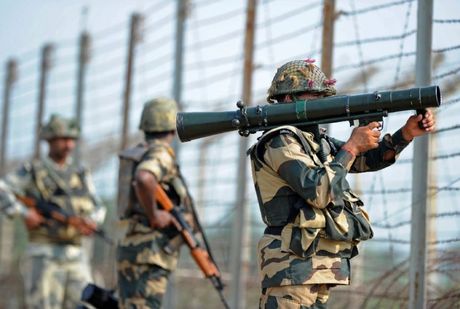 The Pakistani military accused India on Monday of killing seven soldiers in cross-border fire in disputed Kashmir, in what appeared to be an unusually high toll after months of surging tensions between the nuclear-armed neighbours.

"Seven (Pakistani) soldiers embraced shahadat (martyrdom) at the Line of Control (LoC) in Bhimber sector in a crossfire LOC violation by Indian troops late last night," the military said in a statement.

There was no immediate response to the allegation from Indian officials.

Tensions across the long-disputed de facto Himalayan border reached dangerous levels in September, when India blamed Pakistani militants for a raid on an army base that killed 19 soldiers.

India said it had responded by carrying out "surgical strikes" across the heavily militarised border, sparking a furious reaction from Islamabad, which denied the strikes took place.

There have since been repeated outbreaks of cross-border firing, with both sides reporting deaths and injuries including of civilians, though the deaths of seven soldiers in what appeared to be one such incident is relatively high.

The border skirmishes come against the backdrop of months of protests against Indian rule of Kashmir, sparked by the killing of a popular rebel leader in July.

Nearly 90 people, most of them young protesters, have been killed in clashes with security forces in Indian-administered Kashmir since then.

Pakistani Prime Minister Nawaz Sharif accused India of carrying out the latest cross-border skirmishes in an effort to distract the world's attention from the violent protests.

"We are fully capable of defending our soil against any aggression," he added in a statement.

Nearly 90 people, most of them young protesters, have been killed in clashes with security forces in Indian-administered Kashmir since the killing of a popular young rebel leader in July.

Kashmir has been divided between India and Pakistan since the end of British colonial rule in 1947. Both claim the Himalayan territory in full and have fought two wars over the mountainous region.

The two sides have also expelled diplomats in a tit-for-tat row that has even spilled into the glamorous world of Bollywood.