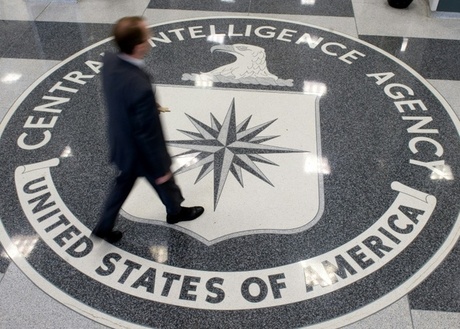 President-elect Donald Trump's brusque dismissal of the CIA's conclusion that Russia meddled in the US election has created an unparalleled rift between the incoming leader and his vital source of global intelligence.

Former top officials of the Central Intelligence Agency say Trump's rejection of its assessment that Moscow hacked US political party computers and released data to tilt the vote in Trump's favor could ultimately damage crucial US policy-making -- unless relations between Trump and the agency can be smoothed over.

Trump added insult to injury, they say, by both ridiculing the CIA and dismissing the need for the traditional daily presidential briefing from his top security advisors.

"I think the president-elect is the only prominent American that has not yet conceded that the Russians conducted a massive covert influence campaign against the United States," former CIA director Michael Hayden told CNN Wednesday.

Hayden, along with fellow US spy chief Leon Panetta, both have warned that Trump's dismissal of the agency portends a rocky start to a crucial relationship.

"Intelligence should be called on to create the basis and set the boundaries for rational policy choices," Hayden said.

"The odds that it will happen, though, seem bleaker after this past week, and we are moving in the wrong direction."

Hayden added that by rejecting the CIA's view, Trump has effectively chosen to agree with Russian President Vladimir Putin, viewed by most of Washington as a dangerous rival.

- Trump says CIA view 'ridiculous' -In an interview broadcast Sunday, Trump branded the CIA's conclusion on the election "ridiculous" and simply an excuse for Democrats angry over losing the November 8 election.

"They have no idea if it's Russia or China or somebody. It could be somebody sitting in a bed some place," he said.

Meanwhile, his transition team delivered a sharper rebuke in a statement on the CIA.

"These are the same people that said Saddam Hussein had weapons of mass destruction," they said.

Former CIA officials called that statement "insulting" and warned of the damage to morale in an agency proud of delivering non-politicized assessments.

Jack Devine, a 32-year veteran of the agency and its former acting director of operations, told AFP that Trump's move is "unprecedented."

"I think it was a major mistake to publicly disdain the intelligence product and by extension the institution," he said.

Devine, now president of New York risk consultancy the Arkin Group, said the CIA is an institution Trump will need to depend on as soon as he gets into office on November 20.

"I worry that this public spat could lead to morale issues inside the agency, people leaving sooner. It has a tail to it."

Henry Crumpton, another agency veteran, said it is not uncommon for the White House and the CIA to reach different conclusions from the same intelligence -- on Iraq, for instance, during the George W Bush administration.

"What is extraordinary is the president-elect taking such a vocal difference with the intelligence community in such a disrespectful and insulting manner," he told AFP.

"I get it when I need it," he said. "You know, I'm a smart person. I don't have to be told the same thing and the same words every single day for the next eight years."

According to Crumpton, such a stance puts Congressman Mike Pompeo, whom Trump has nominated to lead the CIA, in a difficult position of both building rapport with the agency staff and making Trump respect it.

Crumpton said that it is not only an issue of morale and respect: through the CIA director, the president also has a direct line to covert actions in the field.

"That requires trust and confidence," he said.

Moreover, not being valued by the White House can hurt the agency's reputation globally.

"The president is the number one customer of the CIA's intelligence," Crumpton said.

"If the president dismisses them, that perhaps throws in doubt the credibility of the agency among foreign intelligence services."