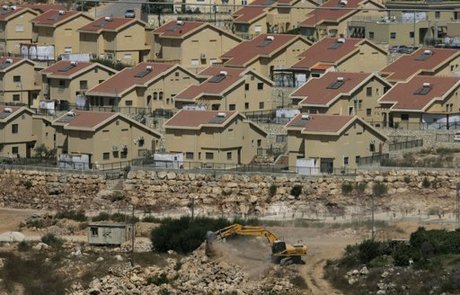 Israel delayed a vote Wednesday on permits for settler homes at Prime Minister Benjamin Netanyahu's request, ahead of a speech by US Secretary of State John Kerry, an official said.

The discussion was pulled from the agenda in a move following last week's UN Security Council resolution demanding a halt to Israeli settlement building and with Kerry set for a major speech on the conflict later in the day.

Hanan Rubin, a Jerusalem city councillor and a member of the planning committee that was to discuss the permits, told AFP its members had been informed of Netanyahu's request by the committee chairman.

"We were told by the chairman... that it was pulled at the request of the prime minister so we can avoid a conflict with the US government just before Kerry's speech tonight," Rubin said.

Netanyahu's spokesman did not immediately respond to a request for comment.

Rubin said the committee had been planning to vote on permits for 492 units in the Ramat Shlomo and Ramot settlement neighbourhoods of mainly Palestinian east Jerusalem.

He said the plans would be brought forward at a later date, though it was unclear when.

The Ir Amim NGO, which monitors settlement activity, had earlier said the committee was to discuss permits for 618 housing units in east Jerusalem.

By declining to use its veto, the United States enabled the adoption of the first UN resolution since 1979 to condemn Israel over its settlement policy.

Netanyahu has reacted furiously, accusing US President Barack Obama's administration of being behind the resolution and vowing not to abide by it.

US President-elect Donald Trump, who takes office on January 20, has signalled far more favourable policy toward Israel and called for the United States to veto the resolution.

Israel's right-wing has welcomed Trump's election, with key members of Netanyahu's coalition calling for an end to the idea of a Palestinian state, the basis of years of negotiations.

- Concern over Kerry's speech -Kerry's upcoming speech has led to further concern in Israel, with officials fearing he could lay out parameters for restarting long-stalled peace efforts that they oppose.

Beyond that, plans by France to hold an international Middle East peace conference on January 15 is another point of worry for Israel.

Officials are concerned Kerry's speech and the conference could lead to further action against Israel that would then be taken to the Security Council for approval before Trump takes over as US president.

Israel has already taken diplomatic steps in response to what it calls the "shameful" UN resolution.

On Tuesday, the foreign ministry said it was "temporarily reducing" visits and work with embassies of nations that voted for it.

On Christmas Day, it summoned ambassadors of countries that voted for the resolution while Netanyahu also met US ambassador Daniel Shapiro.

Security Council members such as Russia, China and Britain are key to Israeli diplomacy or trade and some analysts suggested the measures being taken were more symbolic than substantive.

Washington is Israel's most important ally and provides it with more than $3 billion per year in military aid.

It has traditionally acted as Israel's diplomatic protector, often shielding it from resolutions it opposes.

But Obama's administration has become increasingly frustrated with settlement building in east Jerusalem and the West Bank, which Israel occupied in 1967.

Settlements are built on land the Palestinians view as part of their future state and seen as illegal under international law.

The United States and others say continued settlement building is steadily eating away at the possibility of a two-state solution to the Israeli-Palestinian conflict.

Some 430,000 Israeli settlers live in the West Bank and 200,000 Israelis live in east Jerusalem, which Palestinians see as the capital of their future state.