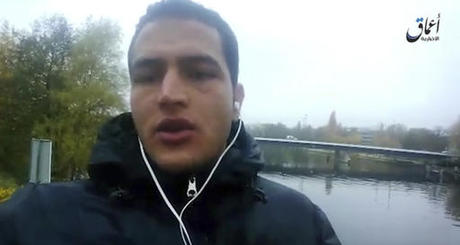 Tunisian Anis Amri, 24, is the suspected jihadist attacker who on December 19 plowed a hijacked truck into a Berlin Christmas market, killing 12 people including the Polish lorry driver.

After the attack, Amri went on the run -- with stops in the Netherlands and France, police believe -- before he was killed in a shootout with Italian police early Friday in the northern city of Milan.

The Berlin rampage was quickly claimed by the Islamic State group, which then released a video Friday in which Amri is shown pledging allegiance to IS chief Abu Bakr al-Baghdadi.

Here is what investigators have pieced together so far about the attack, the escape and Amri's possible accomplices -- and the questions that remain unanswered.

Around 1900 GMT, he steers the vehicle through the Breitscheidplatz Christmas market, killing 11 people and wounding dozens.

He escapes, leaving behind the corpse of Urban in the passenger seat, with a gunshot wound, his face swollen and bearing traces of stab wounds.

Urban, 37, is now believed to have died several hours before the market rampage, according to autopsy reports cited by Bild daily.

Police initially follow a false lead, a Pakistani man who had been running to catch a subway train and who was later let go.

- Tuesday, December 20: A day after the attack, police find Amri's wallet with identity papers and cellphone in the cabin of the truck, where they later also discover Amri's fingerprints. That night, they issue a non-public alert to European police forces.

- Wednesday, December 21: Police issue a public alert and reward for Amri, warning he is likely armed and dangerous.

That night Amri heads by bus from Nijmegen, a Dutch city near the German border, to Lyon, France. It remains unclear how he traveled through Germany to the Dutch border town.

- Thursday, December 22: Amri is filmed by surveillance cameras at Lyon railway station, from where he travels by rail to the French Alpine town of Chambery and then on to Milan.

- Friday, December 23: At around 3:00 am local time, Amri is stopped by two police officers for a routine identity check near Milan's Sesto San Giovanni station.

Amri pulls his pistol and shoots, wounding one officer, before the second shoots him dead, according to the interior minister.

After Amri's death, German federal prosecutor Peter Frank said "It is very important for us to determine whether there was a network of accomplices... in the preparation or the execution of the attack, or the flight of the suspect."

On Wednesday, German police detained a 40-year-old Tunisian they believe "could have been involved" after searching his Berlin home and work premises.

The man's number had been found saved on Amri's cellphone, they said, cautioning that "the extent to which the suspicions against the detained person can be confirmed remains subject to further investigation."

Tunisia's interior ministry said Saturday Amri's nephew and two other suspects, aged between 18 and 27, were detained a day earlier and were members of a "terrorist cell" connected to Amri.

It made no direct link between the trio and the Berlin assault.

The ministry said Amri had sent money to his nephew so he could join him in Germany, and had allegedly urged him "to pledge allegiance to Daesh (IS)."

The unnamed nephew had also claimed Amri was the leader of a jihadist group based in Germany, known as the Abu al-Walaa brigade.

Amri fled Tunisia after the 2011 revolution, evading a prison term for theft, and headed by boat to Italy.

Here he served a four-year sentence for setting fire to a refugee shelter -- a prison stint during which he was radicalized, security sources believe.

He arrived in Germany in July 2015, amid the chaos of a mass migrant influx, where he went on to frequently change residence and identities.

He was in contact with the German Salafist and jihadist movement, including Iraqi Ahmad Abdulaziz Abdullah A., also known as Abu Walaa, who was arrested in November as a suspected IS recruiter.

Berlin police monitored Amri from March to September 2016 for a suspected attack and planned break-ins to buy arms, but dropped the investigation thinking he was mostly a small-time drug dealer.

Amri applied for asylum, which was rejected in June. However, his deportation became bogged down in red tape as Tunisia denied he was a citizen.