What Do the Israelis and Palestinians Want? 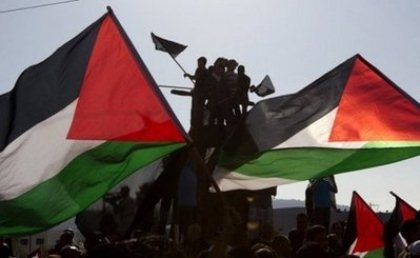 The decades-old Israel-Palestinian conflict has returned to the spotlight after a U.N. resolution condemning Israeli settlements and a major speech by U.S. Secretary of State John Kerry.

On Wednesday, Kerry warned Israel's ongoing settlement growth is threatening the prospect of a final peace deal with the Palestinians -- the so-called two-state solution.

- What is the two-state solution?

The idea dates back to 1947, a year before the creation of Israel, when the United Nations voted for partition of the land then known as British Mandate Palestine into two states -- one Jewish in nature and the other Arab.

After a war in 1967 Israel seized control of much of the Arab land, the largest part being the West Bank.

In the early 1990s peace talks led to the Oslo accords, which were meant to lead to an independent Palestinian state on the rough basis of the U.N. lines. However the state has failed to materialize, with the two sides trading blame.

In the meantime Israel has built dozens of settlements in the West Bank, with more than 400,000 Israelis now living in them, while around 2.6 million Palestinians live in the same territory.

They are seen as a major obstacle to peace and last week a U.N. Security Council resolution condemning settlements passed 14-0 after the United States unusually decided not to use its veto.

- Are both sides still committed?

Officially Prime Minister Benjamin Netanyahu says he is still committed to the two-state solution but has also said his government, seen as the most right-wing in Israel's history, is the most pro-settlement ever.

Education Minister Naftali Bennett, head of the far right Jewish Home party, has led the charge against the two state solution -- calling for annexation of most of the West Bank, which would effectively render a Palestinian state impossible.

On the Palestinian side, President Mahmoud Abbas is committed to the idea of two states and has backed a French peace initiative.

The second part of the Palestinian territory, the Gaza Strip, is run by Islamist movement Hamas -- which refuses to recognize Israel.

A Kerry-led peace initiative collapsed in 2014 and negotiations have been at a standstill since.

Netanyahu says he is willing to hold bilateral talks with Abbas any time without preconditions but the Palestinians demand a suspension of settlement building beforehand, a claim Abbas reiterated Wednesday.

The Israel government also demands that the Palestinians recognize Israel specifically as a Jewish state.

For the Palestinians, doing so could preempt negotiations on the so-called right of return, the demand that Palestinian refugees from the time of Israel's creation in 1948 be allowed back under a peace deal.

France plans to hold an international peace conference on January 15 including some 70 nations with the aim of setting out a plan for restarting negotiations.

Israel opposes the conference and calls for direct talks. The Palestinians support it, saying years of negotiations have not ended the occupation.

The answer to that is simple.
The Israelis want peace and quite, peace with all their neighbours,
The Palestinians want...............an end to Israel.
Neither will get what they want