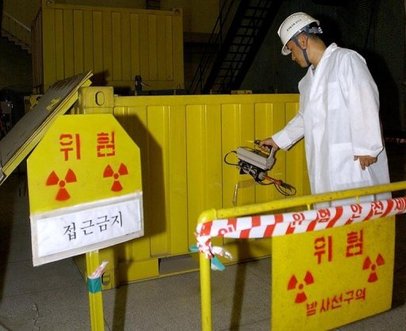 South Korea is reportedly pushing for U.S. permission to recycle spent nuclear fuel for power generation as the two countries resumed talks to revise a 1974 pact on the use of atomic energy.

The focus of the three-day talks until Thursday will be the peaceful use of nuclear energy, including Seoul's right to reprocess spent fuel, Yonhap news agency said.

But the U.S. side is reportedly opposed to the spread of reprocessing even to South Korea for fear that such a move might undermine global nonproliferation efforts and provoke North Korea and Japan.

The bilateral pact, signed in 1974 and due to expire in 2014, bans South Korea from reprocessing spent fuel for fear of proliferation because it could yield plutonium, a key ingredient in building atomic bombs.

South Korea's foreign ministry said earlier that the talks were aimed at preparing a legal framework in order to expand cooperation in the peaceful use of atomic energy. It did not give further details.

Park Ro-Byug, South Korea's envoy for the talks and a former ambassador to Ukraine, and Robert Einhorn, the U.S. State Department's special adviser for nonproliferation and arms control, will lead their delegations.

"We will discuss the revision of the nuclear energy pact so that the agreement should put (the ties of the two countries in the field of nuclear energy cooperation) on an equal footing," Park was quoted as saying by Yonhap.

South Korea wants the United States to allow it to use a new technology known as pyroprocessing, which is considered less conducive to producing weapons as it leaves separated plutonium mixed with safer fissile materials.

Reprocessing spent fuel is becoming a more pressing issue for South Korea as its storage facilities for spent fuel will reach capacity in 2016.

The two allies have already launched a 10-year joint research program into pyroprocessing and the talks will also touch on the ways to reflect the study results in a new pact, according to Yonhap.

Einhorn told journalists Monday that the two countries were "working very cooperatively together" to have a new agreement that will expand the level of cooperation in civil nuclear energy.

South Korea is emerging as a leading exporter of nuclear power plants. In 2009, it won a $20 billion deal to build four nuclear reactors in the United Arab Emirates.