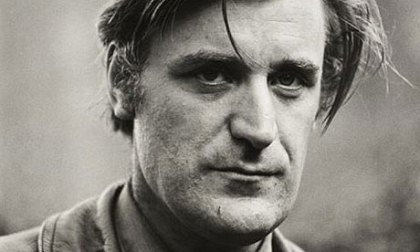 British poet Ted Hughes is being honored with a place in Poets' Corner in Westminster Abbey, joining a line of great British writers going back to Chaucer.

A stone bearing his name will be unveiled Tuesday evening on the floor of Poets' Corner, next to one honoring Hughes' mentor and publisher, T.S. Eliot.

Nobel Prize-winning poet Seamus Heaney will be giving the address.

Hughes' widow Carol and daughter Frieda are expected among some 300 people at the ceremony for the writer, who died in 1998.