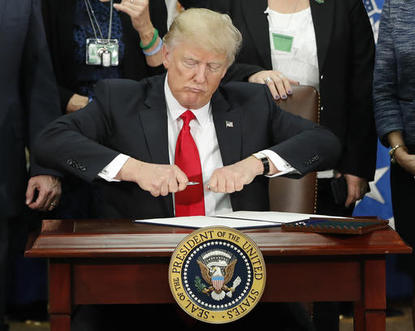 Trump visited the Department of Homeland Security to sign an order to begin work to "build a large physical barrier on the southern border," according to the White House.