Date for Next Syria Talks Thrown into Question 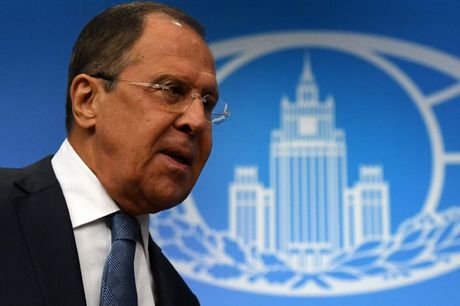 The timing of the next Syria talks in Geneva was thrown into doubt on Friday after the U.N. said it could not confirm a Russian announcement that they had been postponed.

Meeting in Moscow with minor Syrian opposition figures, Foreign Minister Sergei Lavrov said the U.N.-hosted talks planned for February 8 had been "put back" until the end of the month.

But a spokeswoman for U.N. special envoy Staffan de Mistura said there was "no confirmation" the talks had been postponed.

Lavrov's remarks were made three days after talks between Damascus and rebel representatives wrapped up in the Kazakh capital Astana without tangible progress.

Ahead of the Geneva meet, de Mistura was scheduled to head to New York on Monday for talks with U.N. Secretary General Antonio Guterres and would also update the Security Council, his spokeswoman said.

"We're going to be sure when the special envoy is back," she said.

U.N. spokeswoman Alessandra Vellucci also said the list of those invited to Geneva had not been finalized.

Last month, the U.N. said it "intended" to hold the next negotiations on February 8, and de Mistura has since referred to that date as the "target" for the next round of talks.

Key players Russia, Turkey and Iran backed the Astana talks and the main result was an agreement by the three sides to try to shore up a shaky ceasefire on the ground.

Representatives from the two sides had been expected to hold their first face-to-face talks in the Kazakh capital, but the rebels refused and mediators had to shuttle between the two sides.

The latest peace initiative comes after President Bashar Assad's regime, with the help of Russian and Iranian firepower, dealt rebels a crushing blow by ousting them from eastern Aleppo last month.

The main opposition groups stayed away from Friday's meeting in Moscow as the Kremlin seeks to impose its influence as the key powerbroker in Syria.

Russia has sidelined the West with its diplomatic push to find a political settlement to the war in Syria, after its military support for Assad transformed the situation on the battlefield.

On Thursday, Britain, one of the harshest critics of Moscow's actions in Syria, signaled a possible policy shift, with Foreign Minister Boris Johnson saying Assad could be allowed to run for re-election and mentioning a possible "arrangement" with Russia.