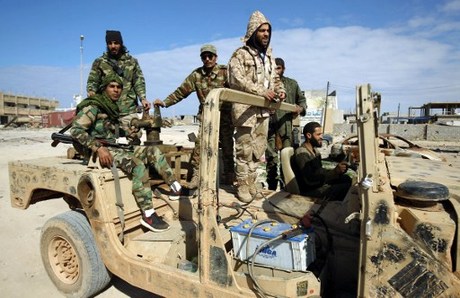 Dozens of fighters commanded by a controversial Libyan military strongman were flown this week to Russia for medical treatment, a spokesman said Thursday, in the latest sign of Moscow's growing support for his forces.

He said Russia has agreed to provide care for up to 500 wounded fighters, or more "as needed".

Emboldened by its military success in Syria, analysts believe Russia is increasingly turning its eyes to chaos-ridden Libya with support for Haftar, whose forces oppose Tripoli's internationally backed government.

Chaos in Libya since the 2011 NATO-backed ousting of Moammar Gadhafi has seen rival parliaments and governments vying for control of territory, and jihadists including the Islamic State group have taken advantage to gain ground.

Russia has been cultivating Haftar as an ally, with the military chief making several visits to Moscow last year. In January, he met Russian officers and spoke via video link to Defense Minister Sergei Shoigu while aboard the Admiral Kuznetsov aircraft carrier off the Libya coast.