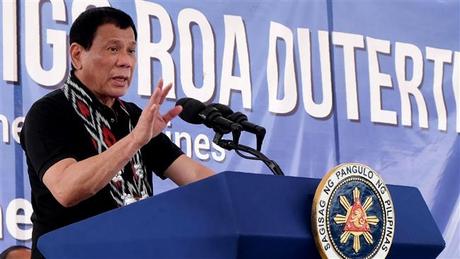 The leader of the Philippines' communist insurgency has called on President Rodrigo Duterte to revive collapsed peace talks as his rebels launched new attacks.

On Saturday, Duterte angrily scrapped talks with communist insurgents aimed at ending their decades-long conflict after both the government and the rebels called off unilateral ceasefires.

"Even if the armed conflict between the armed forces of the two parties has resumed, peace negotiations can and must continue," Jose Maria Sison, rebel leader and Communist Party of the Philippines founder, said in a statement issued from exile in the Netherlands late Thursday.

Sison, a former university instructor of Duterte, asked him to "encourage and allow back-channelling efforts to clarify misunderstandings and solve immediately the current problem".

On Thursday communist rebels killed a man, kidnapped a policeman and another man, and burned construction equipment in the southern island of Mindanao, a military report said.

They also burned a mining company's trucks in a northern mountain region.

Duterte, a self-described socialist who once boasted of his links to the communist rebels, had jump-started the 30-year-old peace process, initially vowing to end over four decades of fighting.

The president released captured rebel leaders and both sides had called separate ceasefires to pave the way for peace talks overseas.

Duterte has since called for the arrest of the rebel leaders he released as clashes between the 4,000-strong communist New People's Army and government forces have increased.

"There should have been a measure of restraint in his reaction in order to preserve the (government-communist) peace process," Sison said in the statement posted on his Facebook page.

There was no immediate response from the government.

The communist insurgency in the poverty-stricken country began in 1968 and is one of the longest running in the world. It has claimed an estimated 30,000 lives, according to the military.