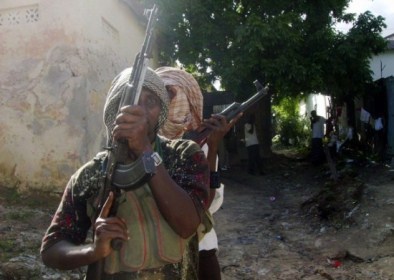 France is to send a contingent of counterterror forces to help the army in Niger after militants ambushed a military patrol killing 16, the defense ministry said.

The decision, announced late Saturday, was taken following a request from President Mahamadou Issoufou after Wednesday's attack near the border with Mali.

The deadly ambush, which took place in an area some 200 kilometers (120 miles) north of Niamey, the capital, also wounded another 18 Niger troops, with the army blaming "terrorist elements".

A French military source said it would include 50 to 80 troops, most of them special forces, who would be operational in the area "within three days." They would be equipped with aerial support capacity to provide backup for Niger forces on the ground.

The troops are part of Operation Barkhane, a French counterterror operation whose mission is to target jihadist groups operating in the Sahel region south of the Sahara Desert.

Set up in 2014, the operation comprises around 4,000 soldiers who are deployed across five countries -- Mauritania, Mali, Niger, Chad and Burkina Faso. In Niger, it operates four Mirage 2000 fighter jets and five Reaper drones for gathering intelligence.

Niger shares its southern border with Nigeria which has been struggling with a bloody seven-year uprising by the Boko Haram extremist group that has so far claimed more than 20,000 lives.

The insurgency began in northeast Nigeria but has since spread to Chad, Cameroon and Niger.