Wife of France's Fillon Also to be Charged 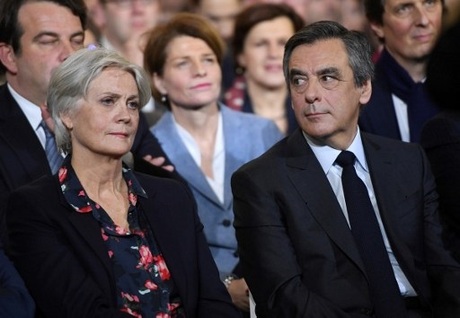 The wife of Francois Fillon will be charged as well as the French rightwing presidential candidate over allegations that he gave her fake jobs, a source close to the probe told AFP Wednesday.

Fillon himself announced earlier Wednesday that he will be charged on March 15 in the judicial inquiry opened last Friday, but the source did not say when Penelope Fillon would be summoned.