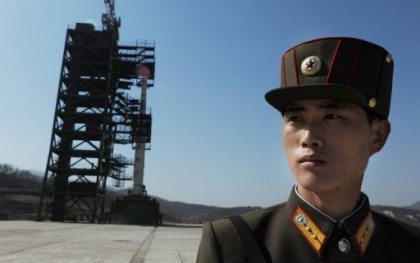 The U.S. House of Representatives on Thursday overwhelmingly voted in favor of broadening sanctions against North Korea, including efforts to cut the regime's sources of international financing.

Lawmakers voted 419 to 1 for the bill, which now heads to the Senate.

Rhetoric between the West and the reclusive regime have spiked in recent weeks, and Pyongyang has threatened to carry out a sixth nuclear test that would further inflame tensions.

"This bill gives the administration a powerful tool to cut off North Korea's funding by going after those who do business with the regime."

The legislation prohibits vessels owned by North Korea or other countries that violate United Nations Security Council resolutions on the country from operating in U.S. waters or docking at U.S. ports.

In a bid to cut off Pyongyang's access to hard currency, the measure sanctions persons or entities that import North Korean coal, iron or iron ore beyond U.N.-imposed limits, or that facilitate the regime's online business activities.

And it targets those involved in the export or use of North Korean forced labor, in part by banning goods produced under such conditions from entering the United States.

"Our vote today demonstrates that America will use every tool at our disposal to end the threat North Korea is posing," House Majority Leader Kevin McCarthy said in a statement.

"We must increase the pressure on the Kim regime and use all points of leverage to achieve lasting stability and peace."

The measure requires President Donald Trump's administration to determine within 90 days whether the North Korean government should be re-designated as a state sponsor of terrorism.