Hizbullah Hits Back at Feltman, Says He is Israeli Agent 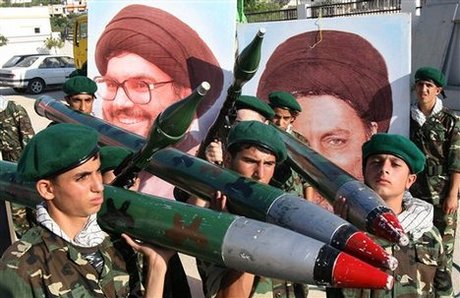 Hizbullah blasted Assistant Secretary of State for Near Eastern Affairs Jeffrey Feltman for a testimony in which he said Hizbullah is the most technically-capable terrorist group in the world.

Feltman "plays the role of an Israeli official in America," Hizbullah said in a statement.

Feltman and the State Department's Coordinator for Counterterrorism, Daniel Benjamin, said during a hearing of the Senate Committee on Foreign Relations on Tuesday that "Hizbullah's persistence as a well-armed terrorist group within Lebanon, as well as its robust relationships with Iran and Syria, and the transfer of increasingly sophisticated missiles and rockets to Hizbullah, threaten the interests of the United States, Lebanon, and our partners in the region, especially Israel."

"Feltman is disappointment by failure to carry out his conspiratorial schemes in Lebanon," Hizbullah said.

"His testimony against Hizbullah is nothing but an expression of this disappointment," the statement added.