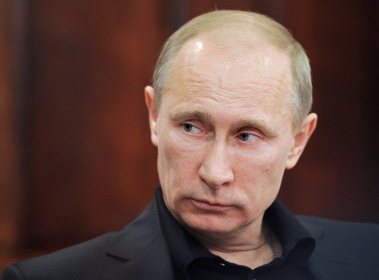 The two leaders expressed "the mutual readiness to develop the traditionally friendly Russian-French relations in the political, trade, economic, cultural, humanitarian and other spheres," the Kremlin said in a statement.

The statement said the presidents agreed to "jointly work on current international and regional issues, including the fight against terrorism."

Putin and Macron also stressed the importance of further cooperation to end the three-year war in eastern Ukraine, with France playing a key role alongside Germany as a mediator.

After Macron's election earlier this month, Putin urged him to bridge deep rifts and work together in the face of the "growing threat of terrorism and violent extremism."

The Kremlin was widely seen as backing Macron's far-right opponent Marine Le Pen, with Putin hosting her during a surprise visit to Moscow in the run-up to the election.

Adding to the tensions, alleged cyberattacks on Macron's campaign were linked to Moscow and his supporters accused Russian state media of trying to smear the candidate.

Ties between Russia and France are currently strained as Paris has been an active part of the West's punitive response to Moscow over the crisis in Ukraine.