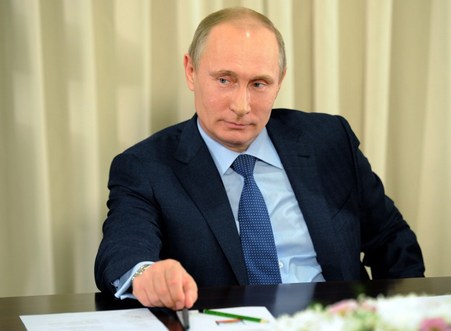 Russian President Vladimir Putin insisted Thursday that alleged anti-Russian sentiment in the West would not last indefinitely because it damages both sides.

The Kremlin strongman said in televised comments that he hoped "Russophobia" would "not last for too long, not forever, if only because the understanding has to come that it is counterproductive and harms everyone."

You lied too much and got caught too often.
Ukraine.
Thchechnia.
Trump Files.
Macron Russian Meddling.