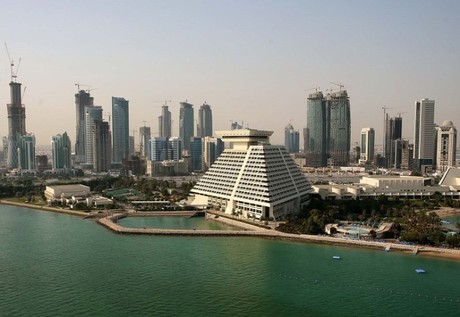 Saudi Arabia, the UAE, Bahrain, Egypt and Yemen on Monday cut ties with Qatar, a small Gulf state which burst onto the diplomatic scene thanks to its rich energy resources.

Here are key facts about the tiny kingdom, now facing what is potentially its worst diplomatic crisis.

Qatar is one of the smallest Arab states with a population of 2.4 million, 90 percent of whom are foreigners, and a total area of 11,437 square kilometers (4,415 square miles).

The country was a British protectorate for 55 years until 1971, when it refused to join the United Arab Emirates and emerged as an independent kingdom.

Qatar has been ruled by a monarchy, the Al-Thani family, since the mid-19th century.

An as yet unimplemented article in its constitution stipulates that two-thirds of the country's 45-seat consultative council be elected by popular vote.

The kingdom since last year has posted a budget deficit, as the state adapts to lower hydrocarbon prices.

Qatar's economy is now projected to grow at a slower pace and it posted 2.7 percent growth in 2016, down from 4.4 percent three years ago.

A member of OPEC, Qatar is the number one producer and exporter of liquefied natural gas and holds the world's third-largest reserves.

It is also a prime investor in international stocks, with a 17 percent share in Volkswagen and 10 percent of the Empire State Building.

Qatar has invested nearly 40 billion pounds sterling ($51 billion, 46 billion euros) in the UK in recent years, including the purchase of high-end retailer Harrods and Sainsbury, the country's second-largest supermarket chain.

It is also the main shareholder of top French media group Lagardere, and Qatari investors own France's Printemps department store.

Qatar is to host the 2022 World Cup and has invested in massive infrastructure construction estimated to top $200 billion (177.9 billion euros) in costs.

Just like they paid ransom to Nusra in Lebanon and Syria?