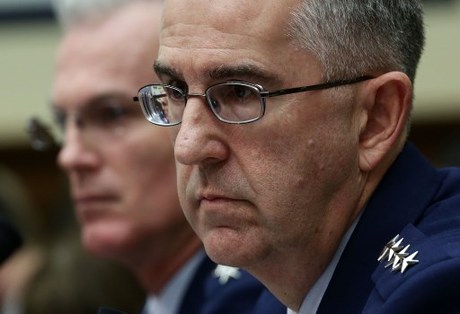 North Korea "clearly" has the range to hit parts of the United States with an intercontinental ballistic missile -- but not with much accuracy, a top U.S. general said Tuesday.

Pyongyang on July 4 for the first time tested an ICBM that experts said could potentially reach parts of Alaska or Hawaii.

But General Paul Selva, who is vice chair of the Joint Chiefs of the Staff, testified he wasn't confident North Korea has the capacity to strike the United States with any degree of accuracy.

"I do agree in principle with the assessment that the North Koreans are moving quickly to develop an intercontinental ballistic missile capability," Selva told the Senate Armed Services Committee.

"What the experts tell me is that the North Koreans have yet to demonstrate the capacity to do the guidance and control that would be required," he added, referring to the ability of the North Koreans to steer a warhead toward a specific target.

When asked whether North Korea could now reach the United States, he said: "On range, they clearly have the capability."