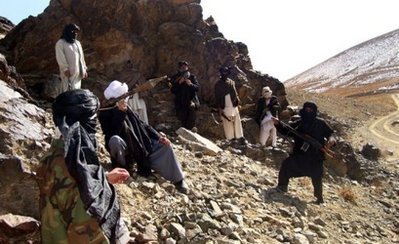 Afghanistan has recalled its ambassador to Qatar for "consultations", the foreign ministry announced Wednesday in an apparent protest at being left out of talks over the opening of a Taliban office in the Gulf state.

The United States has discussed plans for the Taliban to open an address in Qatar by the end of the year in a move designed to allow the West to begin formal peace talks with the militant group.

But a high ranking Afghan government official, speaking anonymously, said while Kabul approved of the move, it was withdrawing its ambassador in protest at not being consulted.

"The Islamic Republic of Afghanistan has had brotherly relations with the government of Qatar, which it thanks for its cooperation on the reconstruction of Afghanistan," the ministry's official statement said.

"But regarding recent developments in Afghanistan and in the region, including Afghanistan's relations with Qatar, the Afghan government has decided to recall its ambassador Khaled Ahmad Zekerya from Doha for the purpose of some consultations."

The high ranking official said the Afghan government was aware that Qatar has held talks with the U.S. and Germany on allowing a Taliban office to open, and supported the move as a means of facilitating the peace process.

But he said: "The ambassador has been recalled as a protest over why they did not allow the Afghan government into these talks while there are official diplomatic relations between the two countries."

He added that the opening of such an office "should not be seen as a concession" to the Taliban.

The office of the self-styled Islamic Emirate of Afghanistan would be the first internationally recognized representation for the Taliban since it was ousted from power by the U.S.-led invasion of Afghanistan in 2001.

Western diplomats have said it is hoped the opening of a Taliban office would push forward the prospect of talks intended to reconcile insurgents with the Afghan government and bring an end to the decade-long war.