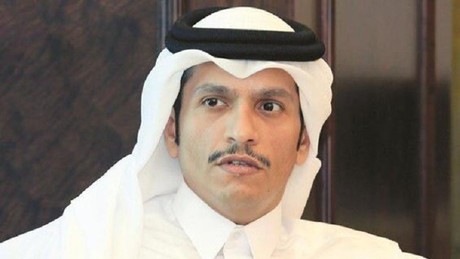 The Qatari foreign minister on Thursday welcomed Saudi Arabia's decision to reopen the two countries' border to Muslim pilgrims, while lashing out at Riyadh's "politicisation" of religious freedoms.

"Regardless of the manner in which pilgrims from Qatar or living in Qatar were banned from the pilgrimage, which was politically motivated, and the manner in which they were subsequently permitted to make the pilgrimage, which was also politicised and which was announced with other goals in mind... the government of Qatar welcomes the decision and will respond positively," Foreign Minister Mohammed bin Abdulrahman Al-Thani told a press conference in Stockholm.

"What matters to us is the bottom line, which is that our citizens now have a way to attend the hajj (pilgrimage), and we uphold our demand that hajj be spared politicisation and remain separate from our political issues," Sheikh Mohammed said.

Saudi Arabia announced it was opening the Salwa border crossing to Qatari pilgrims for hajj, the annual Muslim pilgrimage to the Saudi city of Mecca, the birthplace of the Prophet Mohamed and Islam's holiest site.

On June 5, Saudi Arabia, the UAE, Bahrain and Egypt announced a cut in ties with Qatar, recalled ambassadors and sealed off their borders and airspace to the emirate over allegations Doha backed Islamist extremists and was too close to Shiite Iran.

Qatar has denied the allegations.