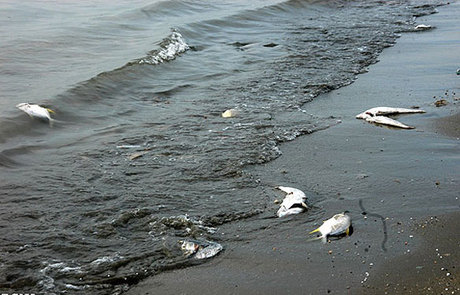 Greek officials botched their response to a minor oil spill that is now threatening beaches near Athens five days after the suspicious sinking of a tanker, environmental groups said Thursday as calls mounted for the competent minister to resign.

Main opposition New Democracy leader Kyriakos Mitsotakis said merchant marine minister Panagiotis Kouroublis, who was attending a shipping conference in London as the incident unfolded and did not return for days, had to go.

"The prime minister should accept his resignation," Mitsotakis said, as Kouroublis claimed that "the entire affair will be forgotten in a few days."

"This (oil) leak happened near the country's biggest harbour, just miles away from the operation centre of the ministry tasked with addressing such disasters," Dimitris Ibrahim, campaign director at Greenpeace Greece, told news portal in.gr.

Adding insult to injury, the amount of oil in question was "relatively small," Ibrahim said.

WWF Greece was likewise incredulous that "a country with heavy tanker traffic has proven unable to protect its beaches from an initially small-scale incident."

"And we have no idea what is happening on the seabed," he said.

The oil spill on Sunday initially compromised beaches just on the island of Salamis and officials were confident that it could be contained given mild wind conditions.

But by Thursday, parts of the slick had drifted miles away to the affluent coastal Athens suburb of Glyfada and was threatening the popular beaches of Voula and Vouliagmeni.

"If someone had warned us even on Tuesday, we would have taken precautions," said Papanikolaou.

"We must act quickly to prevent long-term damage,"

At beaches along the coast, clean-up crews on Thursday were collecting blackened sand and dumping it in tanker trucks.

Local mayors have issued beach warnings and fishermen have been advised to avoid the area at present.

Kouroublis, whose actions have been defended by the government, is visiting the area on Thursday.

The minister insists that every available resource has been thrown at the oil slick.

"A giant operation is under way," he told state agency ANA. "Everything will be clean in 20-25 days."

The European Union has contributed an anti-pollution ship.

The 45-year-old vessel Agia Zoni II sank on Sunday near the island of Salamis while under anchor. The cause is still unknown.

"How can a ship sink in the harbour in mild conditions?" wondered Mitsotakis.

The Greek-flagged tanker was carrying around 2,500 tonnes of fuel.

The only people on board at the time, the tanker's captain and chief engineer, were charged with negligence and released pending trial.

The ship's owners said the tanker was fully seaworthy and all its documentation was in order.

An operation is under way to drain the fuel remaining on board.