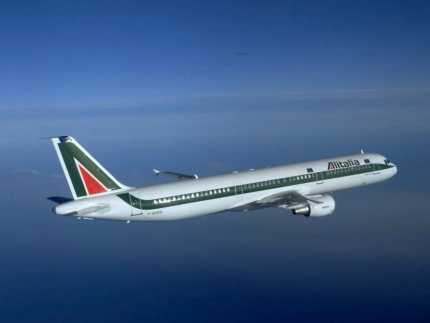 Alitalia has held high-level talks on a possible merger with Air France-KLM, which already holds a 25 percent stake in the Italian airline, the daily Il Messaggero reported Saturday.

"Alitalia's mission to Paris for a wedding with Air France," read the headline on a report that said Alitalia managers had a meeting in Paris on Friday with Air France chief executive Jean-Cyril Spinetta.

The talks reportedly included Gaetano Micciche, head of corporate and investment banking at Intesa Sanpaolo, who helped put together a deal in 2008 to rescue Alitalia from the threat of imminent bankruptcy.

The report comes ahead of an Alitalia board meeting scheduled for Tuesday.

The airline has been suffering from the downturn in the Italian economy and the effects of the debt crisis, and Il Messaggero said it was expected to post net losses of between 60 million and 70 million euros ($78 million and $91 million) for the whole of 2011.

Il Messaggero said Italian shareholders were getting impatient and now intended to bring forward the end of a lock-up period that effectively prevents the transfer of shares to Air France-KLM until October 2013.

The deal struck to privatize and rescue Alitalia was hammered out under former prime minister Silvio Berlusconi and was aimed at stopping an Air France-KLM takeover and preserving the "Italianness" of the company.