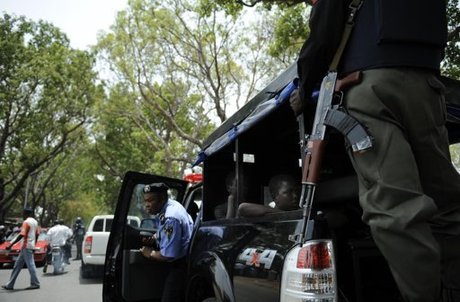 Gunmen have killed a policeman in the northern Nigerian city of Kano, a day after three soldiers died in an attack on a military-run school, police said Saturday.

The gunmen opened fire on a police checkpoint on the outskirts of the city late Friday, resulting in a shootout which left one policeman dead and another seriously wounded, Kano state police spokesman Magaji Majia told Agence France Presse.

Residents of Gaida neighborhood where the attack took place said the shootout lasted for 30 minutes before the gunmen fled.

Nigeria's north has been hit by scores of attacks blamed on the Islamist sect Boko Haram, but Kano has not been targeted since the latest round of violence attributed to the group began in 2010.

Majia declined to say if Boko Haram was behind the checkpoint attack. No arrests were made.