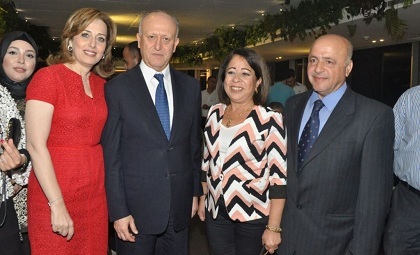 Former Justice Minister Ashraf Rifi stressed that he will be waging Lebanon's upcoming parliamentary elections that will be staged based on the new electoral law, and pointed out that those who “tailored it have regretted later.”

“Those who tailored the law have regretted it later. They were surprised to see that the calculations they made were wrong. Those who cooked the venom will have it as their food,” said Rifi.

His remarks came in a meeting he held with a number of lawyers from Tripoli and the North.

“You are all men of law. We are obliged to implement the (electoral) text despite our reservations. We know well that in all countries of the world, the proportional law is better than a majoritarian law, but there are proper ways to implement proportional laws," he added.

Rifi remarked that he is going to wage the elections in the districts of Tripoli, al-Menieh, al-Dinniyeh, Akkar, in the second district of Beirut, Akkar, West and Central Bekaa and in Shouf.