5 Palestinians Killed in Israeli Operation to Blow Up Gaza Tunnel 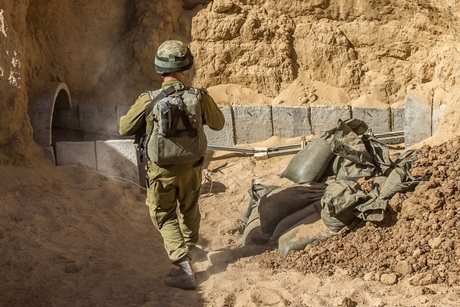 Five Palestinians were killed and several others injured Monday when Israel blew up a tunnel stretching from the Gaza Strip into its territory, the health ministry in the Hamas-run enclave said.

Shubir was from Hamas' armed wing, the Ezzedine al-Qassam Brigades confirmed, while the others were believed to be from Islamic Jihad, an allied militant group.

"The tunnel was detonated from within Israel, close to the security fence. The (Israeli army) actions are in light of this grave and unacceptable violation of Israeli sovereignty," he added.

Islamic Jihad said in a statement that the tunnels were "part of the policy of deterrence to defend the Palestinian people."

It said the Israeli attack "targeting mujahedeen and civilians is a dangerous escalation," adding that they would study potential responses.

Tunnels dug by Gaza's Islamist rulers Hamas were a key issue in the last war with Israel in 2014, but discoveries of those stretching into Israel have since been rare.