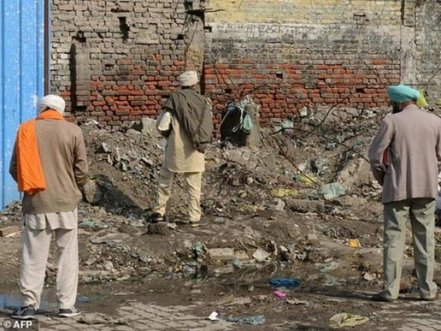 An Indian ruling party politician has been left red-faced after a video of him urinating in public went viral on World Toilet Day, despite government efforts to stop people relieving themselves in the open.

Ram Shinde, a minister for water conservation in the western state of Maharashtra, was filmed answering the call of nature in a field by the side of a road Saturday.

The clip spread online the following day. November 19 marks the United Nations' official World Toilet Day, which aims to raise awareness about the health risks caused by a lack of lavatories.

Shinde -- a member of India's ruling Bharatiya Janata Party -- defended his actions with an excuse familiar to many, effectively saying: "When you've got to go, you've got to go".

"I have been travelling continuously for the last one month reviewing the Jalyukta Shivar scheme," he told the Press Trust of India (PTI), referring to drought-prone Maharashtra's water conservation programme.

"Continuous travelling in high temperatures and dust made me ill. I was suffering from fever and when I couldn't find a toilet while travelling, I had to relieve myself in the open."

India is notorious for its lack of toilets. Some 70 percent of Indian households do not have them while around 600 million people, nearly half the population, defecate in the open, according to UNICEF.

Three years ago, Prime Minister Narendra Modi pledged to build toilets for everyone by 2019.

The government has so far helped install more than 50 million lavatories across the country of 1.25 billion people and has been encouraging citizens to break old habits and use them.

PTI and other news outlets said the incident occurred on a stretch of road between the cities of Barshi and Solapur in the south west of Maharashtra, of which Mumbai is the state capital.