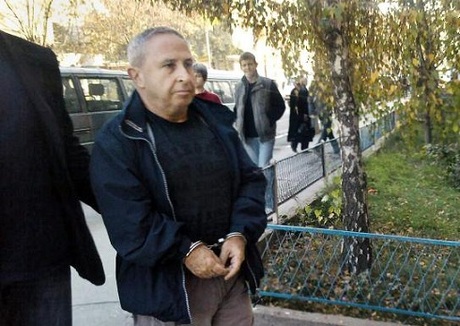 A Cypriot court Thursday ordered an Israeli national suspected of being the brains behind an international organ trafficking gang to remain in custody until an extradition process begins on February 5.

Moshe Harel's defense lawyers had asked for the 70-year-old travel agent, who was arrested at Larnaca airport on January 5, to be released from custody on bail terms until the process starts.

Harel is accused of seeking out people in need of kidney transplants and of luring donors to Kosovo from Turkey and the ex-Soviet Union a decade ago.

Both Russia and Kosovo, which Cyprus does not recognize, have issued international arrests warrant for him.

"In view of the seriousness of the crimes, I judge that there is visible danger of him escaping before his extradition process begins… The bail terms proposed by the defense are not satisfactory,” judge Michalis Charalambous said.

The prosecution argued against his release because he had no ties with Cyprus and could flee to the breakaway north of the island.

Harel has been hunted by authorities for almost a decade for exploiting victims, often recruited from poor areas in Eastern Europe and Central Asia, by promising 15,000 euros ($18,000) for their organs.

The organ trafficking network came to light in 2008 after a Turkish man collapsed at Pristina airport after having a kidney removed.

In 2013, an EU-led court in Kosovo sentenced five Kosovan doctors to up to eight years in prison for organ trafficking.

Donors, whose organs were illegally removed, were left without proper medical care and treated "like waste," prosecutors said at the time.

But the supreme court of Kosovo annulled the verdict in 2016 and ordered a new trial, which is ongoing.

The indictment named Harel as the trafficking network's mastermind, while Turkish doctor Yusuf Ercin Sonmez -- labeled by Kosovo media as the "Turkish Frankenstein" and still on the run -- was suspected of performing the transplants.