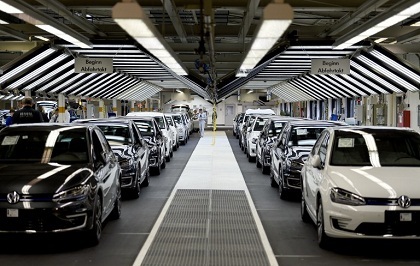 Looking at the different sectors, capital goods makers reported a drop in output of 2.6 percent in December, while consumer goods production fell by 0.5 percent.

By contrast, output of intermediate goods grew expanded by 1.5 percent.

On Tuesday, Destatis had reported a rebound in industrial orders for December.

And analysts see the German economy continuing to perform well this year, with businesses, consumers and investor all brimming with confidence, according to recent surveys.