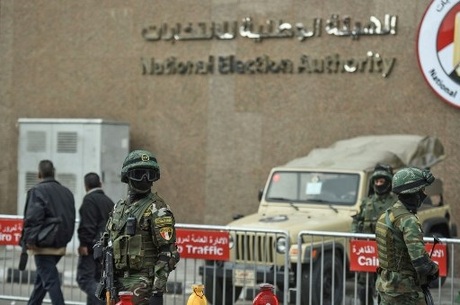 Egyptian presidential elections expected to be dominated by President Abdel Fattah al-Sisi next month will be "neither free nor fair", more than a dozen human rights groups said Tuesday.

"The Egyptian government has trampled over even the minimum requirements for free and fair elections," the 14 international and Egyptian organisations said in a joint statement released by Human Rights Watch.

"The government of President Abdel Fattah al-Sisi has relentlessly stifled basic freedoms and arrested potential candidates and rounded up their supporters," according to the groups, which also include the World Organisation Against Torture and the Cairo Institute for Human Rights Studies.

All serious potential presidential contenders for the March 26-28 vote have either been jailed or have withdrawn from the presidential race, with some claiming the entire process was not conducive to free elections.

A coalition of eight parties and 150 public figures called on Egyptians last month to boycott the poll, calling it a "charade".

Former army chief Sisi, who was elected in 2014 after leading the military ouster of Islamist president Mohamed Morsi, will face a single opponent: Mousa Mostafa Mousa, a Sisi supporter.

"Egypt's allies should speak out publicly now to denounce these farcical elections, rather than continue with largely unquestioning support for a government presiding over the country's worst human rights crisis in decades," the rights groups said.

The United States as well as the European Union and individual European countries "should halt all security assistance that could be used in internal repression and focus aid on ensuring concrete improvements to protect basic rights," they said.

"Seven years after Egypt's 2011 uprising, the government has made a mockery of the basic rights for which protesters fought," the groups added, referring to the protests that toppled longtime ruler Hosni Mubarak.

One former potential candidate in the election, ex-army chief of staff General Sami Anan, was accused of illegally announcing his intention to run for president before getting the military's approval.

Another, leftist human rights lawyer Khaled Ali, dropped out last month, citing harassment of his supporters and concerns over the safety of his volunteers.

In December, a military court sentenced a colonel, Ahmed Konsowa, to six years in jail after he announced his intention to stand.