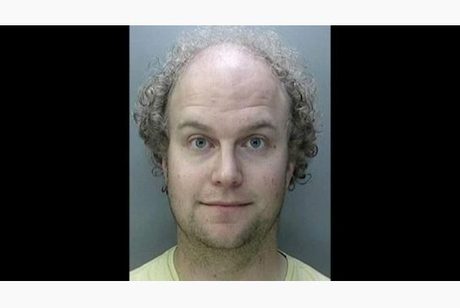 A Cambridge University graduate who admitted 137 criminal offenses involving online abuse, including encouraging the rape of a four-year-old boy, was sentenced on Monday to 32 years in prison.

Matthew Falder, who dubbed himself "666devil" and "evilmind" online, blackmailed many of his 45 victims into sending "severe abuse images" of themselves, according to Britain's National Crime Agency (NCA).

The images were defined as "hurtcore" by prosecutors.

"Hurtcore does what it says on the tin really -- its aim is to hurt the individual to their very core," NCA investigator Matthew Long said.

Falder, whose victims ranged from young children to people in their 30s, would pose as a woman and get his victims to send naked images. He would then manipulate them into sending increasingly depraved abuse images.

Judge Philip Parker described the 29-year-old as an "internet highwayman" who had a lust for controlling and tormenting victims.

"It is a tale of ever-increasing depravity," he said.

"The effects on the girls, women and men were devastating. The damage is ongoing for these individuals. It will never end," he said.

Falder, a geophysicist who was a postdoctoral researcher at Birmingham University in central England, admitted the charges at a court hearing in October, making him one of Britain's most prolific sex offenders.

"In more than 30 years of law enforcement I have never come across an offender whose sole motivation was to inflict such profound anguish and pain," NCA senior investigating officer Matt Sutton said at the time.

"I have also never known such an extremely complex investigation with an offender who was technologically savvy and able to stay hidden in the darkest recesses of the dark web," he added.

The NCA set up a taskforce involving Australian, U.S. and Europol investigators to catch Falder with support from Britain's online spying agency GCHQ.