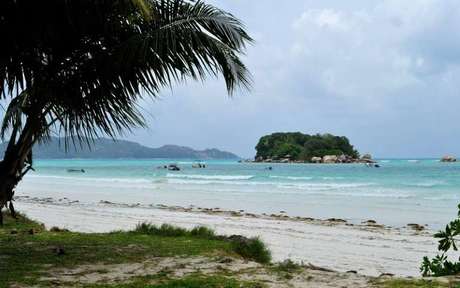 A vast new marine protected area has been created in the Indian Ocean around the Seychelle islands, the government announced Thursday.

The 210,000-square-kilometer (81,000-square-mile) zone -- an area equivalent to nearly half of the Black Sea -- is intended to protect both the sea and the archipelago's economy, which relies on fishing and tourism.

"Our large ocean brings development opportunities but also responsibility," said Environment Minister Didier Dogley. "Our ocean is central to our development and for the future of generations to come."

Dogley described the initiative as "a paradigm shift on how we manage and use our coastal and ocean resources."

It is the result of a ground-breaking financial deal, brokered in 2016 by American NGO the Nature Conservancy.

Under it, $21 million (17 million euros) of government debt was swapped for conservation funding to protect the low-lying, ocean-dependent nation against the effects of climate change, including warming, rising and acidifying seas.

The deal, which covers roughly 15 percent of Seychelles' exclusive economic zone, was partly funded by a foundation chaired by Hollywood actor and environmental activist Leonardo DiCaprio.

"This effort will help the people of Seychelles protect their ocean for future generations, and will serve as a model for future marine conservation projects worldwide," said DiCaprio.

"These protections mean that all species living in these waters or migrating through them are now far better shielded from overfishing, pollution, and climate change."

Almost one-third of the new reserve will be off-limits to all fishing. The remaining area will allow small-scale, local fishing but ban trawlers from the country's $300 million fishing industry.

The new protected areas include the remote Aldabra atolls, home to nesting seabirds, hawksbill turtles, giant tortoises and the dugong, or sea cow.

Dogley said that by 2020 close to a third of Seychelles waters will be protected with a new "spatial plan" for ocean use to prevent unregulated and illegal fishing as well as oil and gas exploration, deep-sea mining and dredging.

The Nature Conservancy's president, Mark Tercek, said the Seychelles would be a model for the rest of the world.

"What you see today in Seychelles is what we expect to introduce in the Caribbean and other ocean regions facing the threats of climate change," he said.