Ex-Russian Spy Drama: What We Know 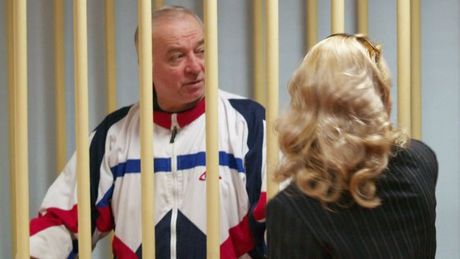 A retired Russian double agent was leading a seemingly peaceful life in rural Britain when he and his visiting daughter were targeted in a nerve agent attack.

Here is what we know about the Sergei Skripal affair.

A former colonel in the Russian military intelligence service, Sergei Skripal was accused of "high treason" in 2006 for selling information to Britain and sentenced to 13 years in prison.

In 2010, he benefited from a spy swap between Moscow on the one side and London and Washington on the other.

In a highly unusual move, Russia agreed to release a double agent arrested in its territory, but received 10 Russian spies released by Washington in exchange.

The former agent settled in the small city of Salisbury, south-west of London, best known for its medieval cathedral.

A surveillance video of Skripal captured days before the attack showed him buying milk and bacon at his local shop, where he would come "a couple of times a week" to buy scratchcards, shop owner Ebru Ozturk told the Mirror.

But another Russian exile, Valery Morozov, told British media that he had not stopped his espionage activities and was working in cyber-security.

- What happened on Sunday? -

Skripal and his daughter Yulia, who was visiting from Russia, had lunch at Italian restaurant Zizzi before heading to The Mill pub for a drink.

A few hours later, several witnesses spotted them on a bench near the Maltings shopping mall, visibly ill.

One of them had vomited, while Sergei Skripal had glazed eyes and was shaking his hands towards the sky.

After a witness called the police, the pair were immediately taken to hospital, where they remain in a critical condition.

The first police officer to come into contact with the pair was also hospitalized, and remains in a serious condition.

- What substance was used? -

Police moved quickly to take samples after isolating the area and closing the restaurant and pub where the father and daughter visited.

Police revealed Wednesday that the nerve agent used in the attempted murder had been identified, but did not publicize the findings.

Interior minister Amber Rudd said Thursday that the toxin was "very rare", ruling out the most obvious suspects such as Sarin gas -- used against civilians in Syria -- or agent VX -- used to kill North Korea leader Kim Jong-Un's half-brother in Malaysia last year.

Rudd called the attack "brazen and reckless" and "attempted murder in the most cruel and public way."

British media have speculated on how the dose was administered, asking whether the poison was sprayed on the couple, secreted in food or drink or brought unknowingly by Yulia in a package.

Although officials have said not to jump to conclusions, Russia is under heavy suspicion.

The agent used is a sophisticated product that can only be made by an expert in the laboratory, pointing to a state actor.

And the case of Alexander Litvinenko, a Russian dissident who died of Polonium poisoning in a 2006 attack attributed to Moscow, is still fresh in the memory.