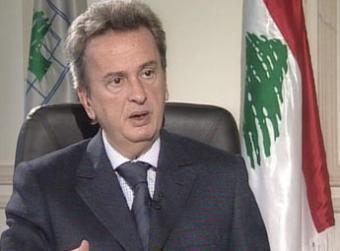 Governor of Banque Du Liban Riad Salameh assured on Wednesday that the Lebanese currency is “safe and there is no crisis,” slamming reports of “bankruptcy,” LBCI said.

“The Lebanese currency is doing fine. Rumors about bankruptcy are merely political bidding,” he said on the sidelines of an annual meeting of the Union of Arab Securities held in Beirut.

“Lebanon is safe because it does not have high assets in foreign currency, and its banking sector enjoys liquidity, capital and capitalization. There is a large group of investors who believe in investing in Lebanon,” he assured.

On Friday, President Michel Aoun said during talks with Maronite Patriarch Beshara al-Rahi that Lebanon was “bankrupt”, as he urged the need to control the country's finances.

Riad Salameh is losing credibility by not sounding the alarm to national debt and deficit that are crucifying our economy and forcing our youth to emigrate. Salameh is also at fault for lacking the courage and honesty to identify HIzbollah as the main culprit. In 2006 the economy grew at 6% just before Hizbollah started its war to preserve its arms so it remains useful to Iran's ambitions. But the exodus of multinational firms with their good paying jobs that always preferred Beirut for their regional headquarters goes back to when Hizb bombed US and French barracks and started spewing her poisonous hatred to the West making Lebanon a pariah state controlled by a radical militia. The cost of zero growth since 2006 is in the hundreds of billions that would have repaid our debt and rebuilt our infrastructure. Salameh is not the only coward, Marcel Ghanem and all talk shows are equally guilty of protecting our economy assassins, not to mention our democracy, independence and freedom.