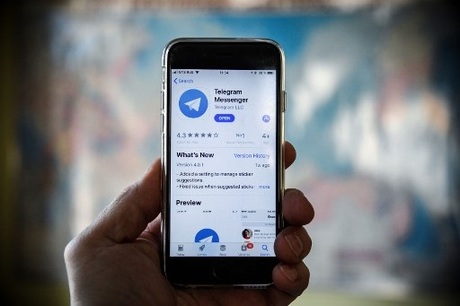 A Moscow court on Friday ruled to block the popular messaging app Telegram in Russia, after it refused to give state security services access to private conversations.

The ruling follows a long-running battle between authorities and Telegram, which has a reputation for secure communications, as Moscow pushes to increase surveillance of internet activities.

The Roskomnadzor telecoms watchdog, which brought the case, had earlier demanded the service be blocked as soon as the verdict was announced.

The app's creator Pavel Durov banned lawyers representing Telegram from attending the court hearing so as not to legitimise it.

But Pavel Chikov, who leads a group of human rights lawyers representing the app, said the case had proved the efficacy of the service.

That authorities had brought the case showed that "Telegram is by far the safest messenger," he said in comments published on the platform.

The authorities also pushed "hundreds of thousands of Russian users to study proxies and VPNs" in an attempt to circumnavigate a potential ban, he said.

Both Chikov and app founder Durov have previously said any ban would be impossible to enforce.

"(The case) has shown again and again that the judicial system simply serves the interests of power and no longer cares about keeping up even the most basic of appearances," the lawyer added.

Telegram's self-exiled Russian founder Durov has long said he will reject any attempt by the country security's services to gain backdoor access to the app.

The free application, which lets people exchange messages, photos and videos in groups of up to 5,000 people, has attracted more than 200 million users since its launch in 2013.

Telegram is especially popular among political activists of all stripes, and is used by the Kremlin to communicate with journalists, but has also been used by jihadists.

In September 2017 the FSB security service demanded encryption keys, Durov said, prompting a formal complaint when the request was rejected.

Durov wrote last year that the FSB's demands are "technically impossible to carry out" and violate the Russian Constitution which entitles citizens to privacy of correspondence.

Roskomnadzor had threatened to ban the app in June last year for failing to join its official register, which requires companies to provide the FSB with information on user interactions.

Although Telegram later registered, it stopped short of agreeing to the regulator's data storage demands.

From this year, companies on the register must also store all the data of Russian users inside the country, according to controversial anti-terror legislation passed in 2016 which was decried by internet companies and the opposition.