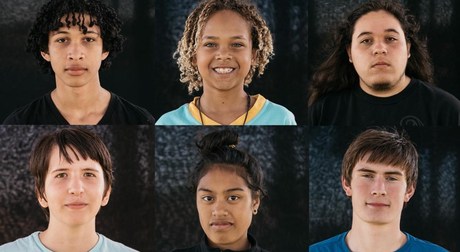 A trial date has been set for October 29 in the case of nearly two dozen U.S. youths suing the U.S. government for failing to protect public resources by burning fossil fuels.

The case, Juliana v. United States, will be heard before U.S. District Court Judge Ann Aiken in Eugene, Oregon, said a statement on Thursday from Our Children's Trust, the non-profit group supporting the plaintiffs who range in age from 10 to 20.

The lawsuit was first filed in 2015, during the administration of former president Barack Obama but it goes to trial under President Donald Trump, who withdrew from the global Paris Agreement on climate change and has defended coal-fired power plants.

The plaintiffs include the granddaughter of renowned climate scientist James Hansen, formerly of NASA.

They argue that the government, "through its affirmative actions in creating a national energy system that causes climate change, has violated their constitutional rights to life, liberty, and property, and has failed to protect essential public trust resources."

According to Julia Olson, executive director of Our Children's Trust, the legal team is planning a series of expert depositions by late summer "so that the court can make the best informed decision in this crucial constitutional case."

The judge set the trial date despite attempts by the Trump administration for extra time to find rebuttal experts.

"By setting a trial date of October 29, 2018 the court clearly recognizes the urgency of the climate crisis," said Phil Gregory, co-lead counsel for the youth plaintiffs.

"On October 29th climate science will finally have its day in court and the plaintiffs will be ready."

The youths say they want science-based action by the U.S. government to stabilize the climate system and return atmospheric carbon dioxide concentrations to below 350 parts per million -- they are already over 400 ppm -- by the year 2100.

To do so, the plaintiffs want the government to cut the use of fossil fuels, which spew greenhouse gases, warm the atmosphere and contribute to rising seas and climate change.