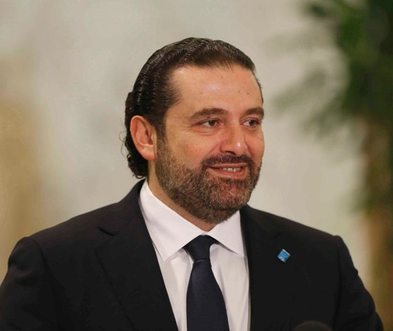 Prime Minister Saad Hariri will travel Tuesday for a two-day conference in Brussels on Supporting the Future of Syria and the Region, and to rally support for countries hosting Syrian refugees, An Nahar daily reported.

Lebanon is counting on this conference for financial, logistical and material assistance in order to enable it to continue to bear the huge burden of the displaced Syrians, said the daily.

The delegation will hold meetings with government ministers and highlight the situation of displaced people in countries neighboring Syria, seeking to increase international contributions to support the displaced and host countries in light of increasing needs of Syrian refugees in Lebanon.

The EU and UN on Tuesday begin a two-day conference to drum up fresh aid pledges for wartorn Syria and reinvigorate the faltering Geneva peace process as the conflict enters its eighth year.

Donor countries, aid organisations and UN agencies will gather in Brussels for the seventh annual conference on Syria's future as international inspectors probe a suspected gas attack in the town of Douma, highlighting the brutal nature of the war.