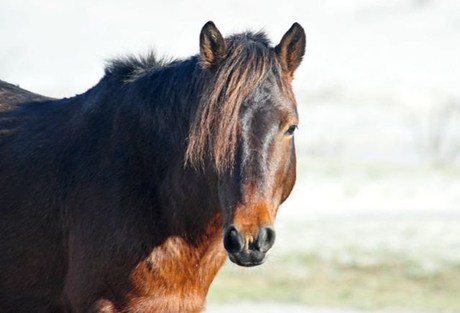 Australia said Sunday the culling of wild horses in a unique national park would be banned despite fears the animals were threatening native species.

An estimated 6,000 feral horses, known locally as "brumbies", live in Kosciuszko National Park, a UNESCO-recognized biosphere reserve some 470 kilometers (292 miles) south of Sydney that has plant species found nowhere else in the world.

Conservationists have called for the brumbies to be culled, saying the introduced animals were causing environmental damage and that their rising numbers were posing a growing threat.

In 2016 the New South Wales state government released a plan to cull 90 percent of brumbies at Kosciuszko. But they have since u-turned, deciding the horses are part of the "cultural fabric" of the region and should be protected instead.

"Wild brumbies have been roaming the Australian alps for almost 200 years and are part of the cultural fabric and folklore of the high country," NSW Deputy Premier John Barilaro said in a statement.

"The heritage management plan will specifically prohibit lethal culling of the brumby, aerial or otherwise, and will identify those areas in the park where brumbies can roam without causing significant environmental harm."

Brumbies found roaming in parts of the park where they could destroy native wildlife would be relocated or re-homed, Barilaro added.

The horses were introduced to Kosciuszko, which spans 6,900 square kilometers and is home to the famous Snowy River, in the 19th century.

The river is associated in many locals' minds with wild horses and celebrated in 19th century Australian poet A.B. "Banjo" Paterson's iconic poem "The Man from Snowy River" which also inspired a popular movie in the 1980s of the same name.

The new plan, to be introduced as a bill before the end of May, came just weeks after the NSW Threatened Species Scientific Committee recommended that habitat loss caused by brumbies be deemed a "key threatening process".

Worboys supported the 2016 cull plan, adding that "it only takes a couple of horses and time to trash a wetland".

With few natural predators and vast sparsely-populated areas in which to live, their populations have soared, putting pressure on native species by preying on them, competing for food, destroying habitats and spreading disease.