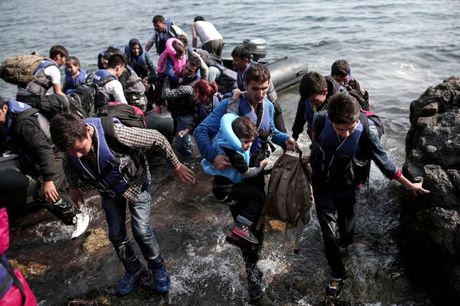 Cypriot authorities have safely escorted a boat carrying 61 Syrian refugees to shore after spotting it off the coast of the Mediterranean island, they said Thursday.

The vessel was intercepted late Wednesday evening off the island's northwestern coast after embarking from Turkey, police said.

One woman and 60 males, including seven children, were transferred to a reception centre outside the capital Nicosia on Thursday after medical checks, authorities said.

Police cited arrivals saying they had paid smugglers $2,000 (1,700 euros) each to board the boat from Turkey's coast.

Police added that they had arrested a 49-year-old man on suspicion of smuggling after he was seen jumping from the boat.

Cyprus, a popular holiday island some 160 kilometres (100 miles) from Syria's coast, has not seen the massive inflow of migrants experienced by Turkey, Greece and Italy.

But the European Union member has called on Brussels to act, as asylum requests in the first nine months of 2017 rose eightfold on the same period of the previous year, to 818.

EU data ranks Cyprus fourth among the bloc's 28 nations in terms of asylum applications per capita.