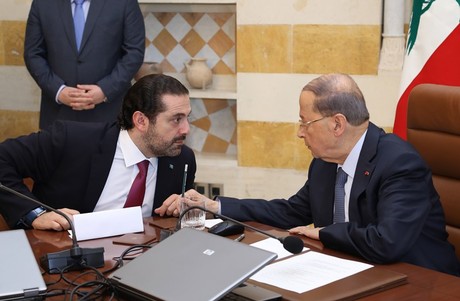 President Michel Aoun has rejected Prime Minister-designate Saad Hariri's suggestions on the cabinet seats that should be allocated to the Lebanese Forces and the Progressive Socialist Party, a media report said.

“The obstacles of the size of the LF's ministerial share in the cabinet line-up and the issue of limiting the three Druze seats to those named by the Progressive Socialist Party are still the subject of disagreement between the president and the PM-designate,” al-Hayat daily quoted a source well-informed on the talks as saying in remarks published Sunday.

Hariri had announced Friday that the negotiations have become “very close” to the final line-up “equation,” after talks with Aoun in Baabda.

The most touching display of father-son relationship

I have the utmost respect for Mrs. awireless for her proficiency in mathematics as applied to proportional representation.