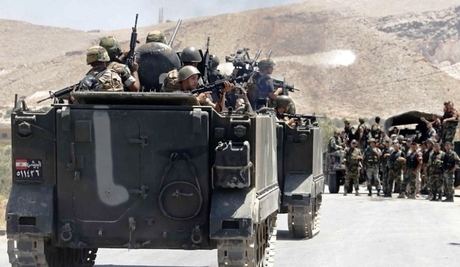 The Lebanese army kicked off a long-awaited security plan in Baalbek and North Bekaa region as it tightened security measures in a bid to control rampant chaos escalating since May, the National News Agency reported on Tuesday.

Military and security reinforcements were called in to Sheikh Abdullah barracks in Baalbek, said NNA.

The army conducted patrolling missions along the main highway in Baalbek-Hermel district and North Bekaa and inside several towns, coupling them with strict security measures at checkpoints erected around the area, added NNA.

Security conditions occasionally deteriorate in Baalbek-Hermel where reports of crime, theft and gunfire are not uncommon. Residents of the area have long demanded a solution for the rampant chaos in their city.

Conditions deteriorated further in May and reports of shootouts, and revenge operations --a phenomenon that tribes cling to as one of the old customs-- were reported.

"Army Launches Security Plan in Baalbek, North Bekaa" what, another one? They should number these, like the Rocky movies.

Security conditions occasionally deteriorate in Baalbek-Hermel where reports of crime, theft and gunfire are not uncommon. Residents of the area have long protected the same villains they now complain about.....