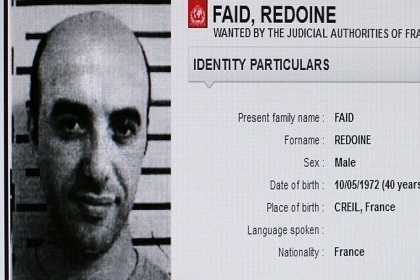 A notorious career thief who was once France's most-wanted man pulled off a daring jailbreak on Sunday, fleeing a facility in the Paris area by helicopter, prison officials said.

Redoine Faid, 46, broke out of the prison in Reau in the city's southeastern suburbs within minutes, sources close to the case said, indicating he had been helped by a number of heavily-armed men.

It was the second time Faid has pulled off a spectacular jailbreak -- in 2013, he blasted his way out of a prison in northern France using dynamite before being recaptured six weeks later.