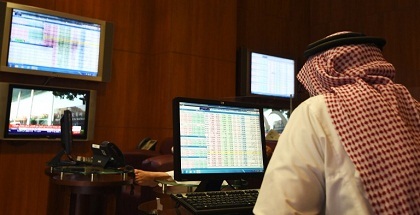 Saudi Arabia's economy pulled out of recession in the first quarter of 2018, thanks to rising oil prices and a surge in the non-crude sector, authorities said Sunday.

The kingdom's economy grew by 1.15 percent in the first three months of the year compared to the same period last year when it shrank by 0.84 percent, according to the General Authority for Statistics.

The body attributed the growth to a 2.7 percent jump in the non-oil sphere and a 0.62 percent rise in the oil sector, which contracted by nearly 2 percent in the first quarter of 2017.

Oil prices have been steadily rising since early 2016, when OPEC and non-OPEC producers struck a deal to cut output.

The cut in oil revenue -- which accounts for 70 percent of government income -- pushed the OPEC kingpin's economy into negative territory last year for the first time since 2009, a year after the global financial crisis.

The reports of growth come as Crown Prince Mohammed bin Salman pushes a package of sweeping economic and social reforms in the kingdom.

As part of his Vision 2030 plan, the heir to the throne plans to reduce Riyadh's dependence on oil, boost tourism and massively invest in the underdeveloped entertainment sector to increase domestic spending.

Crude prices have remained strong even after oil producers said last week they plan to increase output starting in July.

U.S. President Donald Trump said Saturday that Saudi Arabia's King Salman had agreed to his request to ramp up oil production by up to two million barrels per day.

Riyadh has posted a budget deficit for the past four years, borrowing from domestic and international markets and hiking fuel and power prices to finance the shortfall.

It also introduced a five percent value-added tax at the start of 2018.

Since 2014, Saudi budget deficits have totalled $260 billion and the government is projecting a 2018 shortfall of $52 billion.