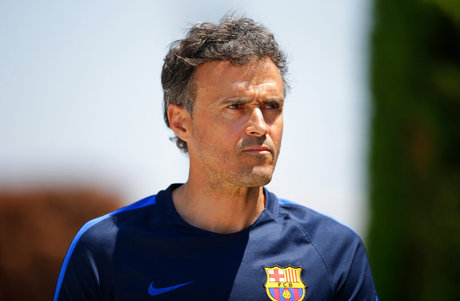 Former Barcelona coach Luis Enrique was appointed Spain's new coach on Monday after previous incumbent Julen Lopetegui was sacked on the eve of the World Cup in what turned out to be a disappointing campaign.

"Luis Enrique's appointment as coach for the next two years was approved unanimously," Luis Rubiales, president of the Spanish football federation, told reporters.

The 48-year-old faces a similar challenge to the one that he had when he took over at Barcelona in 2014.

A team with a history of success, a talented squad and a distinctive style of playing, had just failed to win a trophy for the first time in six years.

With Spain, Enrique must revive a side that won three consecutive major tournaments between 2008 and 2012 but are deflated after three failures, the latest their World Cup loss to hosts Russia -- ranked 70th in the world -- on penalties in the last 16.

Before that, Spain were humiliated at the hands of the Netherlands in 2014 and beaten by Italy at Euro 2016 -- their winning streak but a distant memory.

Enrique will be taking over from Lopetegui, who was fired by Rubiales when the coach announced he had signed to take over at Real Madrid.

Spain's then sporting director Fernando Hierro stepped in hastily to replace him and led the team to the last 16, before stepping down after the tournament.

Changing the coach two days before Spain's opening game probably did not benefit the side's chances.

With Hierro in place, there were positive signs against Portugal, when Cristiano Ronaldo's free-kick overshadowed an assured Spain performance in a thrilling 3-3 draw.

But defensive errors and tactical rigidity soon came to the fore as poor displays followed against Iran, Morocco and Russia.

Enrique will also be taking over a team shorn of captain Andres Iniesta, who has retired from international football.

The new manager faces the same two-pronged brief that Lopetegui was tasked with two years ago: to restore confidence and get fresh blood from the younger generation.

Of the starting XI against Russia, only Marco Asensio will be under 30 when the next World Cup comes around. Gerard Pique, Sergio Ramos, David Silva, Diego Costa and Sergio Busquets will all be 33 or older.

The survivors from the triple triumph of Euro 2008, the 2010 World Cup and Euro 2012 will either be gone or nearing retirement, which paves the way for an evolution of personnel and maybe style.

Enrique played for both the warring powers of Spanish club football.

A bustling forward or midfielder, he made 157 appearances for Real Madrid over five seasons scoring 15 goals and then played 207 games, scoring 73 times, for Barcelona over eight seasons. He also made 62 appearances for Spain between 1991 and 2002, scoring 12 goals.

After retiring in 2004, Enrique was groomed as a coach by Barcelona and led the club's B team to promotion to the Spanish second division and then took them to a third-place finish.

His first head coaching job was at Roma in 2011 but after a mediocre season he returned to Spain and led Celta Vigo to ninth, an improvement of eight places, and masterminded a 2-0 home victory over Real Madrid that ensured Atletico Madrid won the title.

That summer he joined Barcelona for a glorious three-year reign. His first season started shakily while he searched for a settled lineup but ended in a treble of La Liga, Copa del Rey and the Champions League, beating Juventus in the final.

Barcelona then won the World Club Cup and at the end of the 2015-16 season added another Spanish double.

Enrique announced that he planned to stand down in March 2017. The season ended with an unprecedented third straight Copa del Rey, but Barcelona finished three points behind Real in the league and were eliminated by Juventus in the last eight of the Champions League.

Before Enrique's last match as coach, Pique, a Barcelona mainstay, said: "He is one of the best coaches in history, we have won everything and these three years have been magnificent."

With Spain, Enrique will be aided by Jose Francisco Molina, 47, a former goalkeeper at Atletico Madrid and Deportivo La Coruna who played nine times for Spain and was named as sporting director.