Hizbullah Official: Govt. Delay May be Part of Saudi Scheme 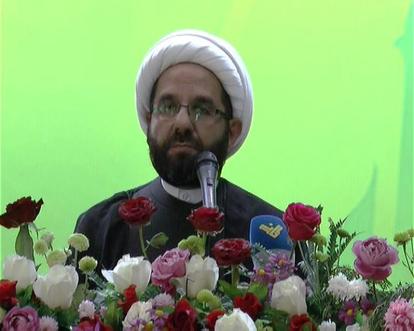 A senior Hizbullah official suggested Friday that the delay in the government formation process could be “part of a Saudi scheme.”

“The ongoing delay in the government formation process in Lebanon may be part of a Saudi scheme to evade the results of the parliamentary elections and blow up the size and shares of some of their tools in the government,” Sheikh Ali Daamoush, the deputy head of Hizbullah's Executive Council, said.

He noted that such a scheme would be aimed at “advancing their policies against the resistance and its allies in Lebanon.”

“The Lebanese must realize that this scheme is not in Lebanon's interest and that it is an attempt to undermine political stability,” Daamoush warned, adding that it is in everyone's interest to “preserve stability.”

Urging Lebanese to “seek Lebanon's interest and not to be subordinates to foreign forces,” the Hizbullah official called for expediting the Cabinet formation process and warned that “any delay will contribute to aggravating the economic and financial situation which has reached difficult and dangerous levels.”

I disagree Hajj "insert name here". The delay in government formation is caused by, you guessed it, Frank Stallone.

Thank you southern for being patriotic and for posting as such.

I wanted to thank you for briefing me on the condition of the saudis and their schemes. I was impressed how swiftly you revealed the saudi accomplices in Lebanon. Your techniques are nothing short of genius.

I am thankful to you for molding me into the person that I have become. I owe you....

"Govt. Delay May be Part of Saudi Scheme"

and also the Thai boys got trapped in the cave as a result of a Saudi Scheme.

Urging Lebanese to “seek Lebanon's interest and not to be subordinates to foreign forces,”

An iranian owned and operated traitor terrorist is talking about being "subordinates to foreign forces"!!!!!

It sure seems like a Saudi scheme to me:)

But patty, Al Mustahbal and the Aounists are allies now remember.. ask Nicolas Sehnaoui and Jebran Bassil. Are the Aounists also Saudis, Cows and Traitors? I mean why not, a few couple of month ago they were being called Zionists by your lot.

Too bad Bahrain does not have the same means to resist as Yemen does.

The old pull start has a beef with KSA? why does he not garf off at KSA openly? Or maybe hes too scared to that and instead leaks his sensitivity to the media instead.