Chavez: Could U.S. Have Technology to Cause Cancer? 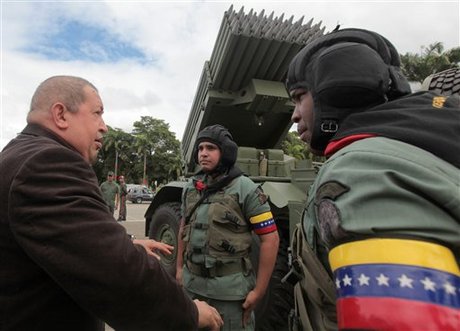 Venezuelan President Hugo Chavez is questioning the rash of cancer cases among Latin American leaders and asking if somehow the U.S. might have a way to induce the illness.

Chavez has long questioned whether the U.S. government could be plotting to oust him, but his latest remarks went far beyond any such theories.

The leftist leader referred to the cancer diagnosis of Argentine President Cristina Fernandez, and noted that he and the leaders of Brazil and Paraguay have also struggled with the illness recently.

Chavez calls it very strange. He says he isn't accusing the U.S. and doesn't have any proof. But he asks, in his words, "Would it be strange if they had developed a technology to induce cancer and no one knew it?"

That's the Ron that he drinks to be able to sleep