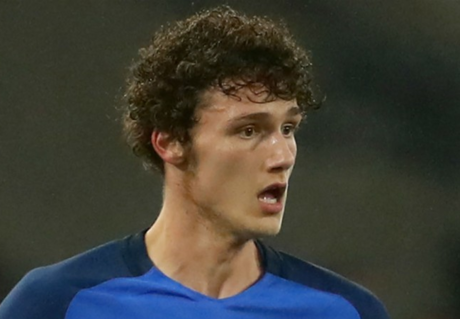 The France World Cup defender Benjamin Pavard, who shot to fame with a brilliant goal against Argentina, has signed a contract to join Bayern Munich in 2019 but reports in Germany suggested Thursday the 22-year-old may make the switch even sooner.

Bayern reportedly agreed a deal with Stuttgart before the World Cup, to join the German champions in 2019.

German regional television SWR said, however, that Stuttgart were locked in talks with Bayern over releasing Pavard early, after already agreeing a 35-million euros transfer fee.

The player was keeping his cards close to his chest on Wednesday when asked in his hometown where his future lay.

"Let's see, for now I'm at Stuttgart and I don't know yet where I'll be this season," he said.

"I'm very happy at Stuttgart however," said the man whose stunning right-foot strike flew from wide into the Argentina net to bring France level at 2-2 in a match they eventually won.

Pavard, who joined Stuttgart in 2016 when they had been relegated to the German second flight.

Stuttgart won promotion in his first season and the player himself won his first cap for France in late 2017.

He was absent from the team's official photo on Thursday.